From an early stage, George Nicolson understood the value in developing Young People and so started his first apprentice almost 40 years ago. George continued to be involved in a significant amount of work to influence how the industry invested in Young People.

George Nicolson (Decorators) Ltd have continued this practice throughout the years, so much so it is a key element of the company’s culture. We are proud to have an excellent apprenticeship scheme in place. Furthermore, we enroll apprentices into the Advanced Craft in Year 3, which is not compulsory. The company also have an annual Apprentice of the Year Award which is voted by site management and employees. 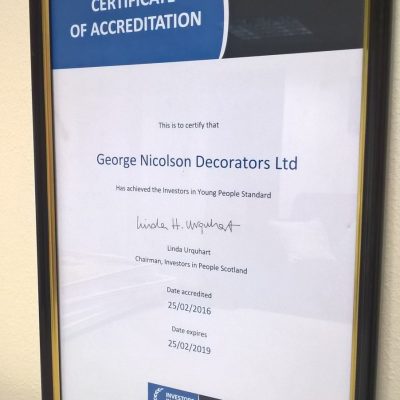 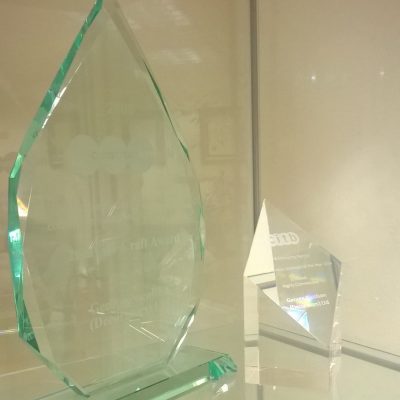 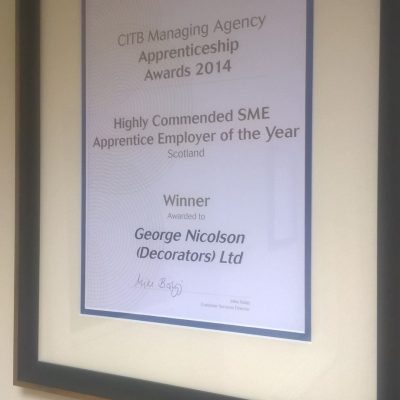 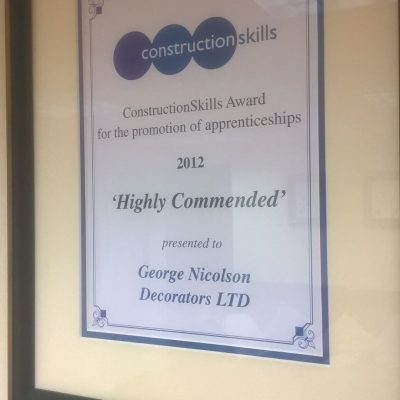 Upon finding that the Scottish Government had partnered with Investors in People Scotland to create a new accreditation: The Investors in Young People Award, it made perfect sense to seek this award. The IIYP Award is a framework of good practice that seeks to recognise and reward employers who have a track record in recruiting and retaining young people. The process also allows employers to benefit from feedback on how they can improve their strategies for managing, developing and supporting the Young People within their organisation.

As an important part of the Investors in Young People assessment process, a selection of people from the company talked about various aspects of their role, the organisation, as well as the support and development they have received. The company’s ongoing commitment to Young People was recognised as following a successful assessment, we were very pleased to achieve Investors In Young People accreditation.