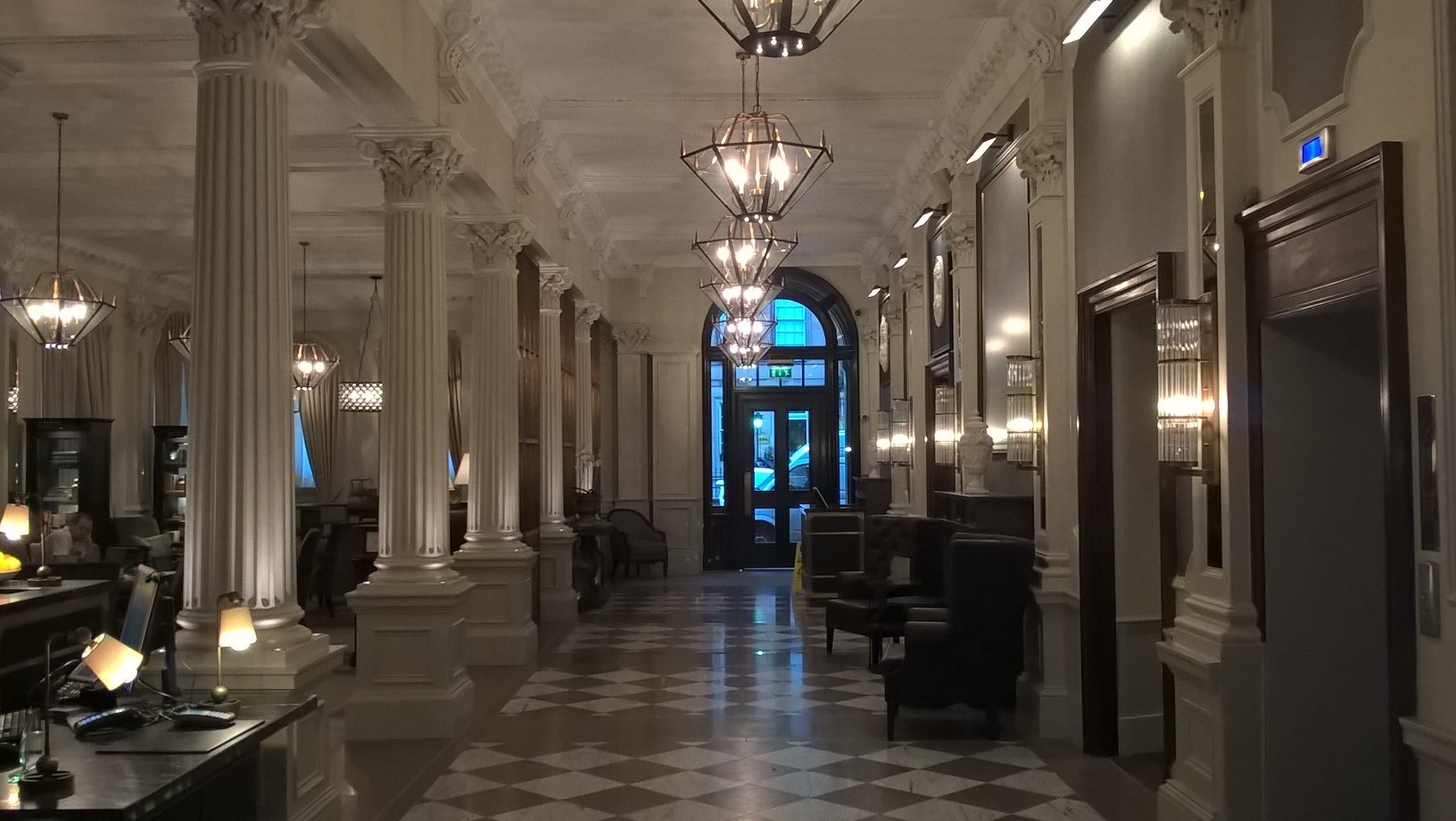 George Nicolson are delighted to have received a Highly Commended Award at this year’s Scottish Decorators’ Federation Annual Convention.

We were awarded Highly Commended for Project Of The Year 2017 in respect of The George Hotel, Edinburgh (now known as The Principal Edinburgh on George Street).

The Principal Edinburgh on George Street has been welcoming hotel guests since 1881. At its heart are five listed Georgian townhouses, built in 1775 as homes for Edinburgh’s most prosperous citizens.

Winner of Scottish Hotel of the Year at the 2017 Scottish Hotel Awards, The Principal is an ideal base from which to explore the city or conduct business. The sensitive, multi-million-pound restoration and refurbishment combines luxurious natural materials such as oak, marble and leather with a palette of colours inspired by the great 19th-century Scottish landscape painters.

Our involvement had been in conjunction with Principal Contractor, Thomas Johnstone Ltd. The decorating package has included extensive decoration works to all public areas including the new Printing Press Bar and Kitchen, Burr and Co Café, Kings Hall, meeting rooms, reception, corridors/stairs, as well as all period rooms in the Adams Block and Modern Block bedrooms and the external decoration to the front façade.

The knowledge, dedication and expertise of our tradespeople ensured all the demands of this challenging and very large refurbishment were successfully met over a 12 month period.